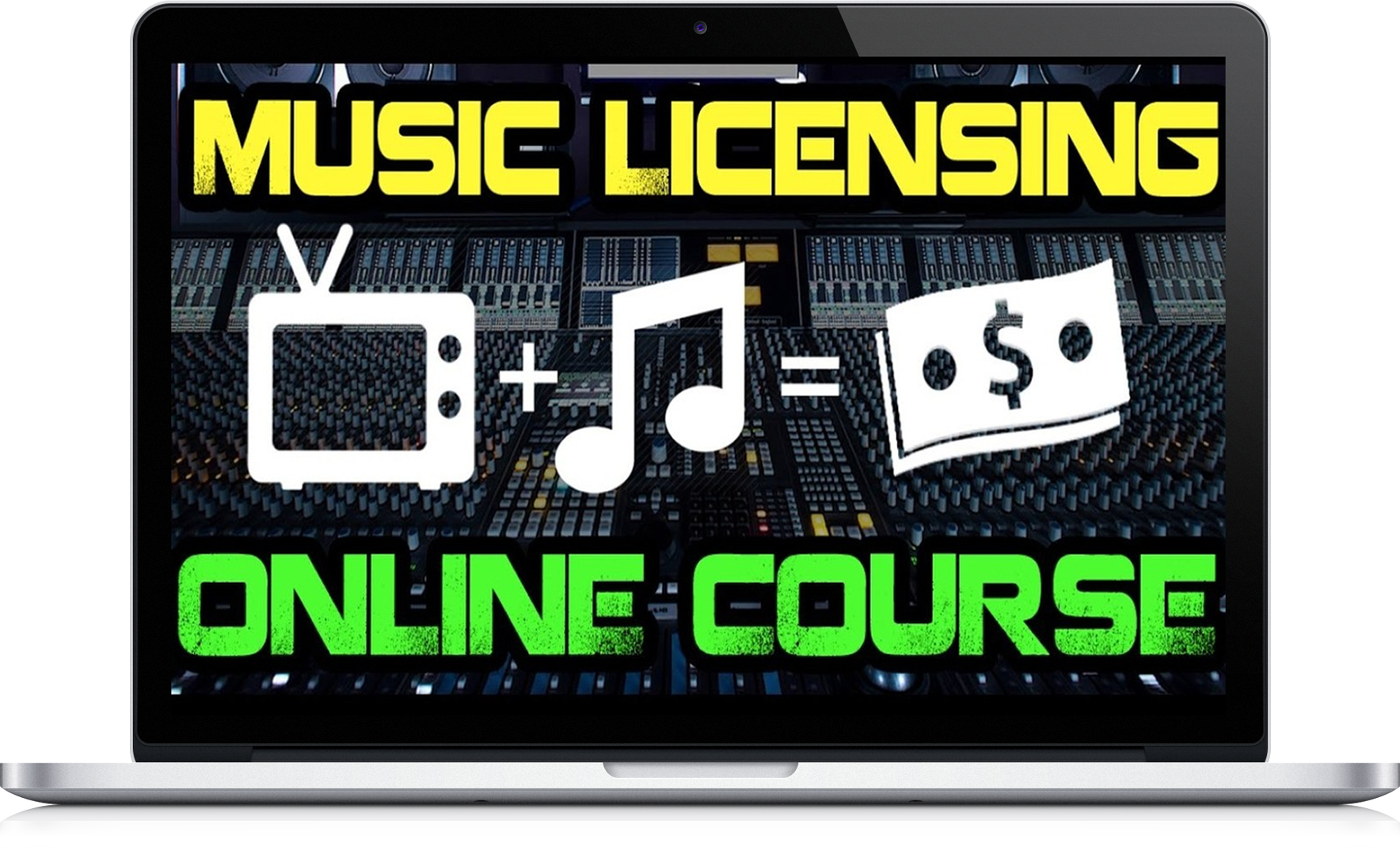 Is Your Music Paying Your Bills Yet?
FINALLY,  A Realistic Path To Making
Real Income With Your Music! 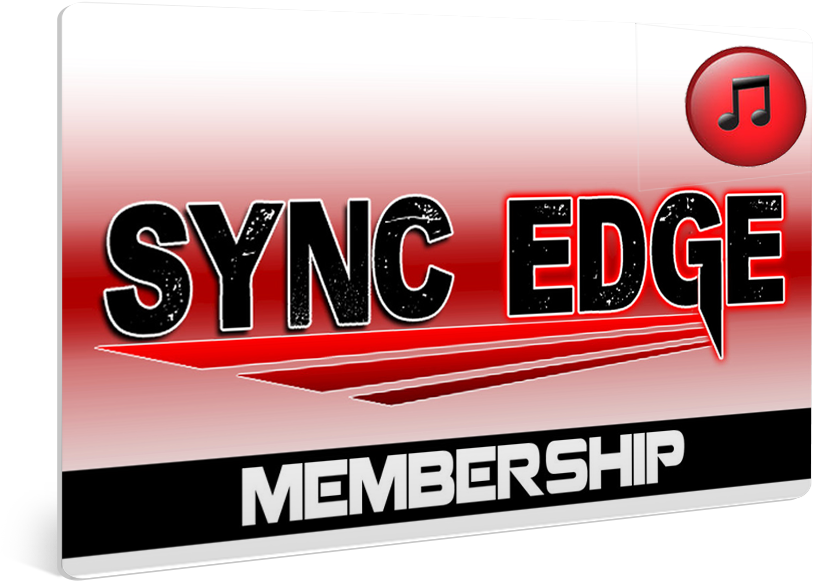 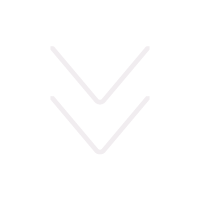 Start Course Now! Instant Access
Follow My Proven Strategy That Thousands of Producers Have Already Used To Create Real Income Through TV, Film, Video Games & Advertising Placements!
This Free Course Will Reveal:
Where To Find Music Libraries That Want To Sign Artists & Producers Like You Right Now!
How TV/Film Licensing Can Give You The Break You've Been Looking For In Your Music Career!
How To Create An Income Stream Through Performance Royalties & Up-Front Sync Fees!
How To Ensure Your Tracks Stand Out From The Competition & Jump Into TV Placements!
How To Avoid The 5 BIGGEST MISTAKES That Destroy Most Producer's Licensing Careers!

Performance Royalties
Your Royalties Can Provide You With Passive Income - Paying You Over & Over Again!

Massive Exposure
Get Your Music Heard By Millions Around The Globe - Without Any Need For A Record Deal!

Bypass Social Media
Be Done With The Social Media Rat Race Forever.  Now You Can Directly Sell To A Marketplace That Is WILLING TO PAY YOU For Your Music!

Make Music You Love!
No Cheesy Jingles Needed. Today's Industry Wants Modern & Cutting Edge Musical Styles - So You Can Produce The Music YOU Love To Create!
You Can Become One Of The 5%...
With TV/Film Music Licensing You Can Get Out Of The
"Dream Chasing" Rat Race 95% of Artists & Producers Are Stuck In...

Forget about Record Labels, Chasing Fans or Hoping To Get "Discovered"...
This Is A Realistic & Achievable Path To Make Music Your Full-Time Income!
Become One Of The 5%...
With Music Licensing You Can Get Out Of The "Dream Chasing" Rat Race 95% of Producers Are Stuck In.

Forget About Record Labels, Fans or Hoping To Get "Discovered"...
This Is A Realistic & Achievable Path To Make Music Your Full-Time Income! 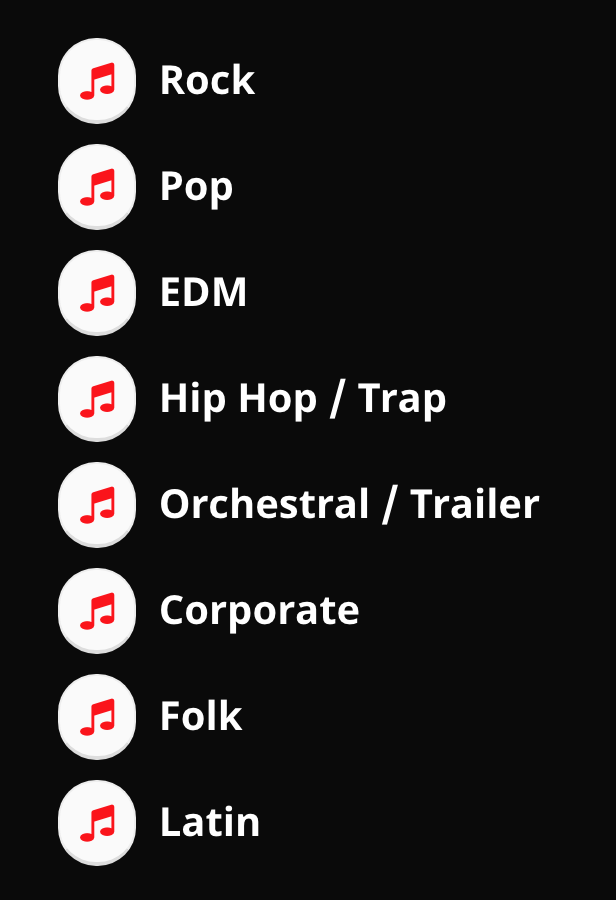 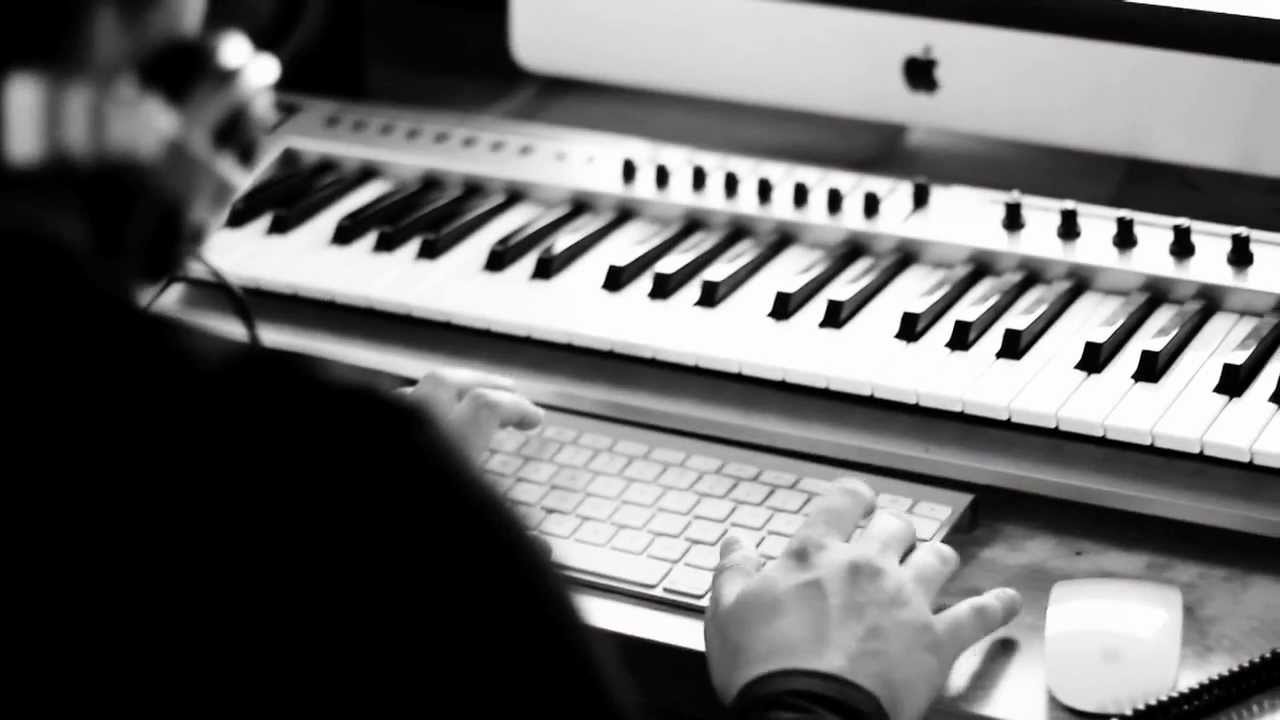 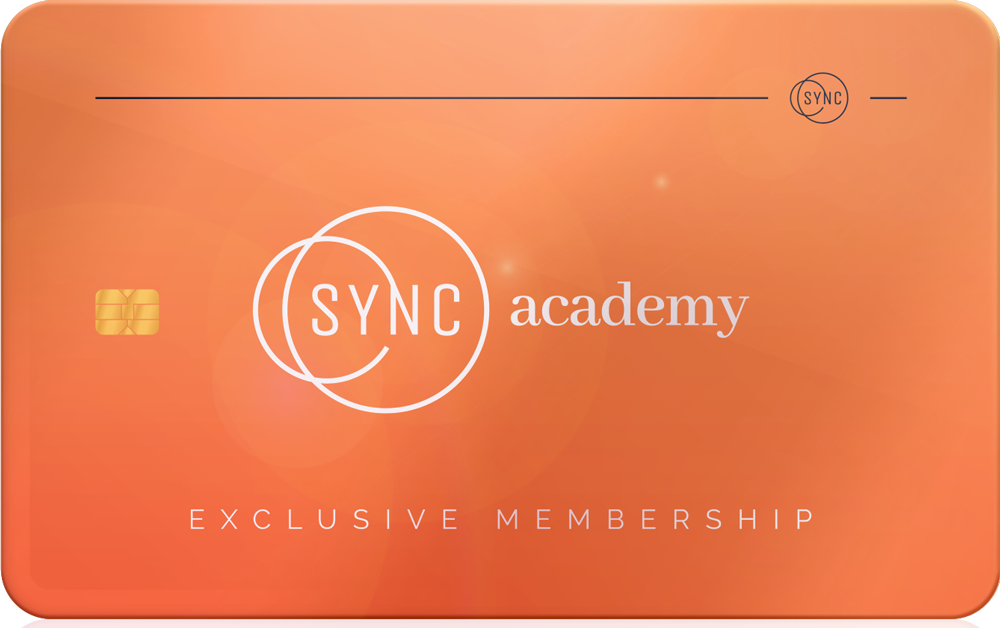 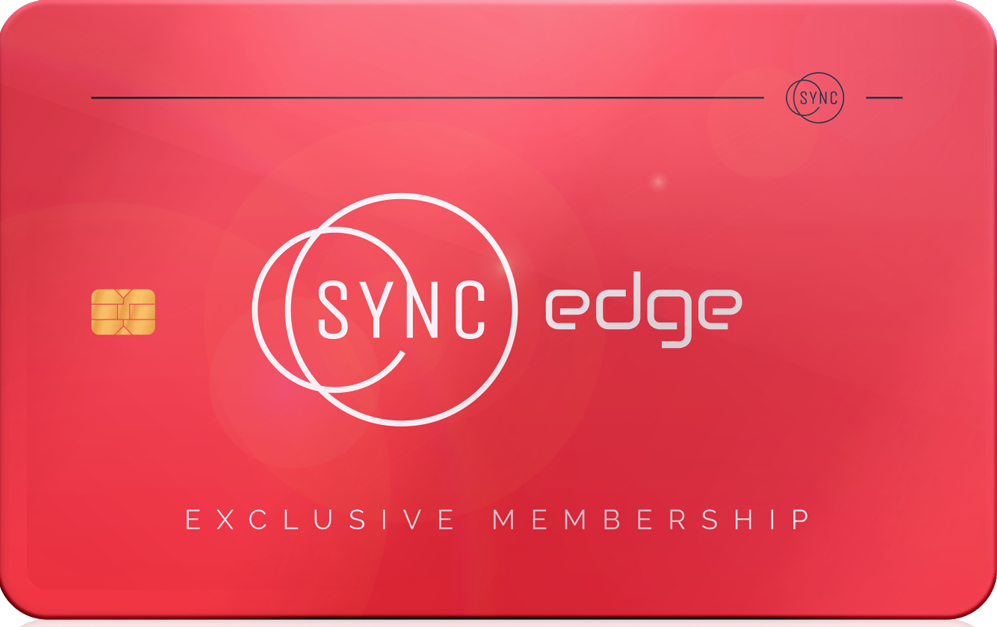 If you asked me 13 years ago if I thought
I could make it as a professional music producer, I would have told you HELL NO.

Because...there is nothing special about me.

I work from my home studio in Southern California with an iMac, keyboard and a pair of speakers. I can play drums and guitar but I'm no virtuoso rockstar. I can't read music and I couldn't tell you what notes are in a F# major scale. My best quality as a producer and songwriter is my ear. I can feel when a chord progression just "works" or when a lead melody gives me goosebumps. That's what music has always been to me; an art form to capture and transmit emotions.  I often tell people I'm just an audio junkie, always on the hunt for my next musical high.

In 2006 I was the drummer for a band in LA that got signed to Tyrese Gibson's production company 'Headquarters Entertainment'. I thought I had made it! We were playing shows, creating great music, and getting amazing media attention.

But there was one thing we WEREN'T doing; making money.

During our time on Tyrese's label, we had been introduced to a company who specialized in securing TV/Film placements. All of my bandmates were stubborn and didn't want to "sell out", but I wanted to make money with my music...so I stayed after the meeting and arranged to submit 20 tracks to them.

At the time I had a terrible day job working for a failing internet startup company in Santa Monica. I dreaded going into work every day, especially having to smile and say, "good morning" to incompetent bosses I didn't respect. My favorite part of the day was 5pm when I would race home to make music.

Like all bands tend to do, ours eventually broke up. But I kept going with the TV/Film music licensing business...I had never made production music before so needless to say that first batch of 20 tracks weren't my best. But they got my foot into the door to start generating royalties.

That same year I got great placements on Lifetime, Fox Sports and E!. Finally, my music was getting heard by millions of people and making me cash! The royalties from those totaled $4,500. It wasn't much, but it was enough to encourage me to stick with it and build up my catalog.

Now 12 years later, I'm seeing a single placement earn me over $1,700! And I get hundreds of placements a year. Last year I was hired to produce a dance song for a national commercial that paid me $7,000. Not a bad rate for about 3 days of work.

Needless to say I ended up quitting my day job and have been making a living entirely off of my music. I can't describe the feeling of waking up every day and getting to do what I love to do...and earn cash!

As of today I have over 1,100 tracks (4,000+ including "alt-mixes") being licensed on over 100 US TV Networks and over 40 countries worldwide. I created this website because I want to share my story and knowledge with struggling artists, producers and songwriters. I've been there; I know this business can be brutal.  BUT I found a way to succeed.

And now I want to show you exactly how... 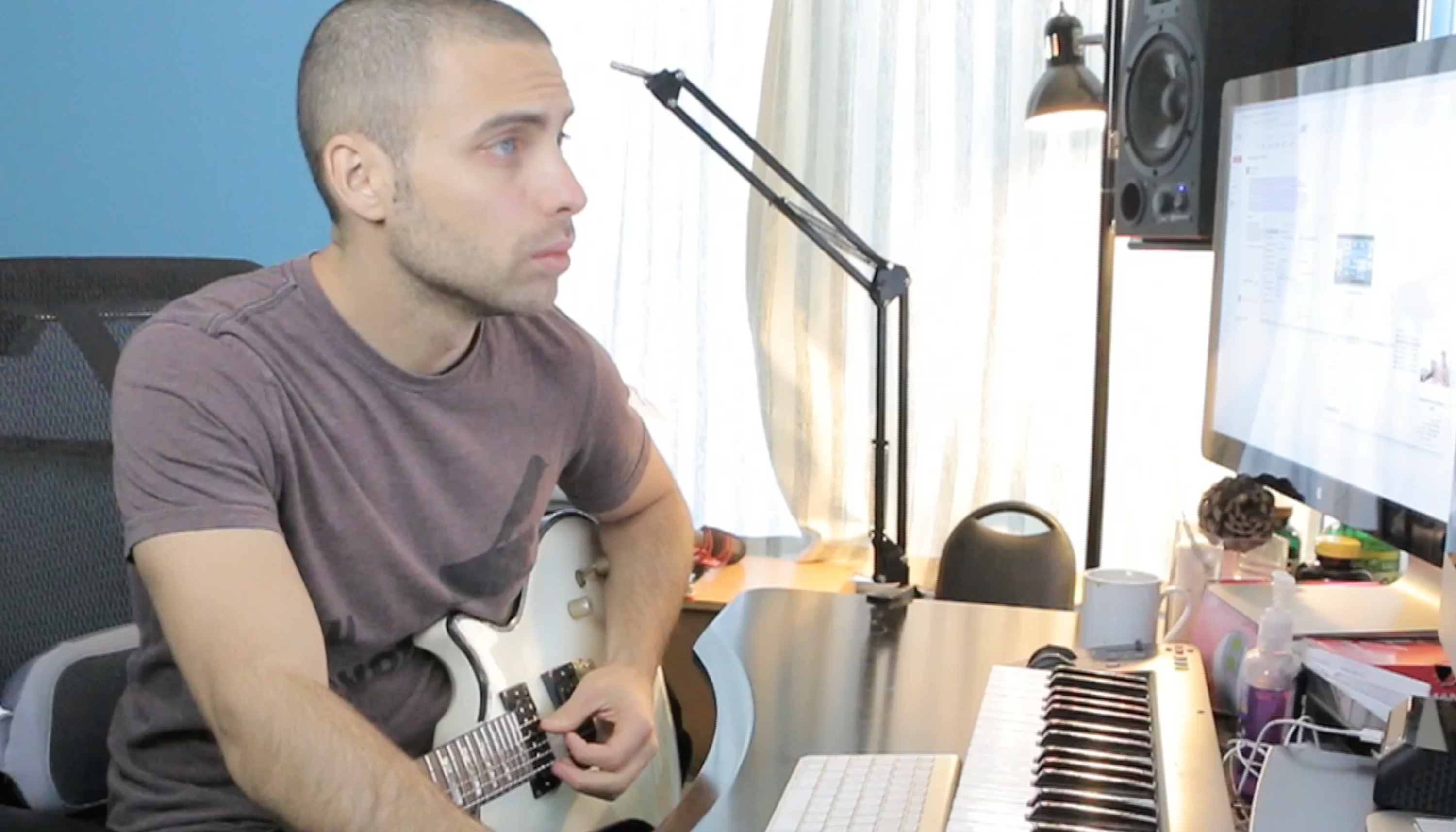 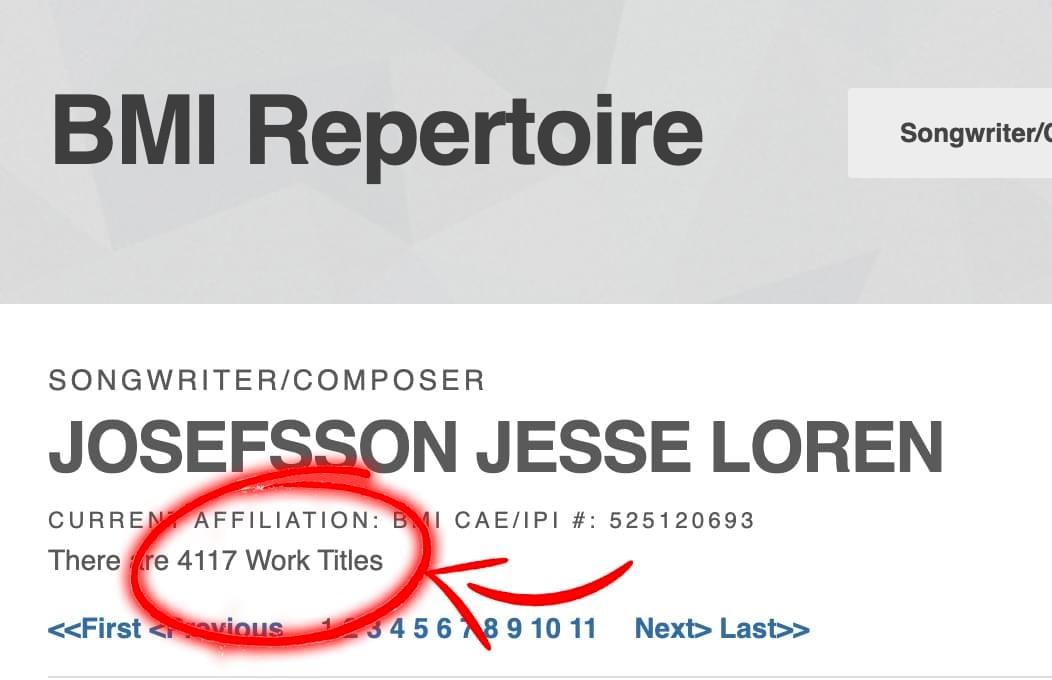 REAL PRODUCERS. REAL RESULTS.
Are You Ready For Real Results? 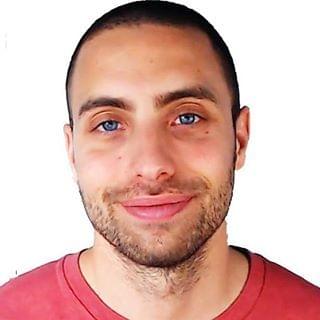 IMPORTANT: Earnings and Legal Disclaimers
Earnings and income representations made by Jesse Josefsson, syncmymusic.com, the Music Licensing Online Course are aspirational statements only of your earnings potential. The success of Jesse Josefsson, testimonials and other examples used are exceptional results only which are not typical of the average person and are not intended to be and are not a guarantee that you or others will achieve the same results.
Individual results will always vary and yours will depend entirely on your individual capacity, work ethic, business skills and experience, level of motivation, diligence in applying the knowledge provided, the economy, the normal and unforeseen risks of doing business, and other factors. Sync My Music is not responsible for your actions. You are solely responsible for your own moves and decisions and the evaluation and use of our products and services should be based on your own due diligence.
You agree that Sync My Music is not liable to you in any way for your results in using our products and services. See our Terms & Conditions for our full disclaimer of liability and other restrictions. Sync My Music, including Jesse Josefsson personally, may receive compensation for products and services they recommend to you.
Do you have questions about Sync My Music? Are you wondering if the program will work for you? Email me at Jesse@syncmymusic.com. I will be happy to discuss your goals and how the Sync My Music program may help you.
Sync My Music 201 E. Center St. Anaheim, CA 92805
Privacy, Terms & Conditions